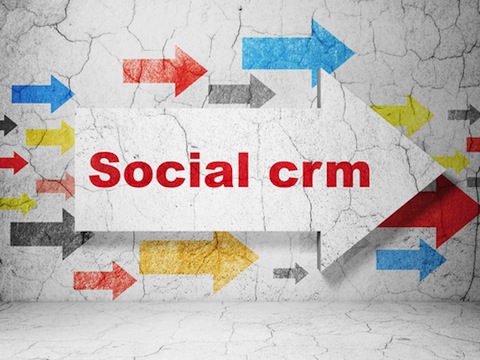 Oil Industry Failure
A global player in the oil industry embarked on a Social CRM initiative. It too established a Super-User group consisting of 10 employees. The Executive Sponsor was a charming individual who had been with the organization for more than 35 years. He definitely saw the value of the Social CRM initiative, which included an internal collaboration Social Media community, and he had many creative and valuable insights to help ensure the success of this initiative. Unfortunately the internal project manager as well as one of the Super-Users was not of the same quality or demeanor. The internal project manager – who was from the IT side of the house – was convinced that she knew which Social CRM software was best for the organization and that gathering user needs via a structure process was all but a waste of time. Throughout the initiative, she did her best to actively lobby other Super-Users to see her point of view. While each of the Super-Users was trying to be respectful of the project manager’s point of view, many disagreed with her and this led to a lot of dissention within the team.

The Executive Sponsor did try to mitigate these issues and provide guidance to the internal project manager and to the Super-User. Then all hell broke loose when the Executive Sponsor announced to the team that he had been promoted to a new position and would be leaving the Social CRM project in 30-days. Within days, there was an all-out war as to who would take over the Social CRM initiative – the project manager made a play as did the one Super-User. Long story short, with a vacuum at the top, and now unmanageable infighting among team members, the Social CRM initiative came to a sudden and costly close.

Lessons learned: People issues play a critical role in every successful and failed Social CRM initiative. The moment that people issues begin to negatively impact the initiative, change needs to be made. In the case of this organization, the project manager and the Super-user should have been replaced early on. Moreover the Executive Sponsor should have taken the time to pick and groom his successor regardless of the pressure he faced to move into his new job role.

In my next blog post, I will discuss two examples of where the people issues were handled well and helped secure very successful implementations. 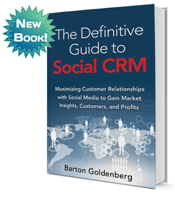 Barton Goldenberg, is the founder and president of ISM Inc., customer-centric strategists/implementers serving best-in-class organizations globally. As a CRM leader for 30 years, he was among the first three inductees in the CRM Hall of Fame. Recognized as a leading “customer-focused” author, his latest book, The Definitive Guide to Social CRM, is hailed as the roadmap for Social CRM success. Barton is a popular speaker on “maximizing customer relationships to gain market insights, customers and profits”. He is a long-term columnist for CRM Magazine and speaker for CRMevolution and frequently quoted in the media.