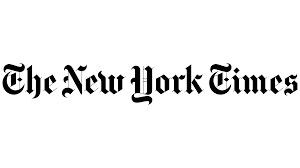 Almost every legacy media outlet has created some form of Virtual and Augmented Reality content, but The New York Times has deeply embraced this medium. Google Cardboard headsets were given out with the newspaper for free in 2015 and in 2016. The company has also struck a deal with Samsung to produce daily 360 content for the Samsung Gear headset, and the NYT has an app dedicated to its virtual reality content, called NYT VR.

The company has made huge amounts of diverse, high quality VR in publishing content, at the same time making a commercial case for embracing the medium. The Times has secured two sponsorships — Samsung and Chevron — and the popularity of its app makes it attractive for advertisers. Examples of incredible content include Pulitzer-winning photojournalist Ben Solomon’s “The Fight for Fallujah,” (over 2.1 million views on YouTube) which documented Iraqi forces fighting to retake the city from ISIS, and a joint project with the Lunar and Planetary Institute and the Universities Space Research Association that put readers on the surface of Pluto (over 1.2 million views on YouTube).

Sam Dolnick, an associate editor at the New York Times who oversees the company’s  Virtual and Augmented Reality projects said: “It started off as a dare. We got excited about the storytelling opportunities offered by immersive video, and wondered, ‘How it can make you experience stories in a different way?’ We’ve got journalists out in interesting places everyday with notepads and cameras,” he said. “So we said, ‘What if we outfitted them with a 360 camera?’”