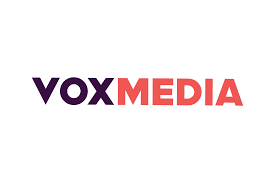 Vox Media has previously secured two major commercial partners for its Virtual and Augmented Reality content. In 2017, there was a collaboration with JetBlue in which The Verge-branded virtual reality headsets were given to passengers flying from New York and San Francisco to Las Vegas for the Consumer Electronics Show. Passengers were also encouraged to view The Verge’s curated list of 360 video (360) content that included some of its own videos and some from other publishers. All of The Verge’s 360 content is hosted on its YouTube channel, including an interview with Michelle Obama shot in 360 which has been viewed 462,000 times.

Another of Vox Media’s publications, SB Nation, teamed up with The Verge to offer a VR basketball experience at South by Southwest in 2017. This had a commercial tie-in with Mountain Dew.

Vox CEO Jim Bankoff, in a September 2016 interview with Adweek, encouraged the industry to embrace bleeding-edge forms of media and marketing to tell stories in new and engaging ways via Virtual and Augmented Reality in publishing. “We’ve optimized our culture for change,” he said.